Tired of the high gas prices?? Want to do more to help the environment? Watch this week’s REal Talk as we discuss electric cars!! Car chargers do add value to your home!

Hi! We’re having an evening chat.

Very exciting. I have an idea. I know you were telling me all about your shopping for electric cars this past weekend. You know, I don’t have an electric car. I know you’ve had a few and I think it’s a fascinating topic, especially with the gas prices going up and the fact that you’re buying a car now for your teenager which is crazy, but to save money on gas and to be able to have an electric car is pretty cool. So let’s tell everybody about that experience.

Okay, great. Yes. I think that more and more people should be looking into this and probably are because I noticed that the gas prices were well above $3 a gallon this week. And I was so happy as I drove past in my electric car that I didn’t have to stop. So we have had many hybrid and electric cars. We had the Honda fit way back when then we had two different Priuses and we have had the BMW i3, and we now have a Tesla Y and we are about to get a used Nissan leaf. So we have gone through many electric cars and have done quite a lot of research and can vouch for both the efficiency, but also the Tesla particularly and also the BMW are really a fun ride.

I can vouch for that! I love, I mean, you do most of the driving when we go around because your car is electric and we don’t have to pay for gas, but it is like, it’s like a roller coaster ride. It’s pretty cool.

So kind of riding like a really souped up electric scooter. And I don’t really even like driving that much, I don’t care much about cars and that’s just not my thing, but I find the Tesla particularly to be really fun to drive, and I enjoy it more than any other car that I’ve driven.

When you hear about the Tesla, how cool it is, it’s expensive and it’s, you know, it seems very fancy when you’re buying a Nissan leaf. How do they compare? Does it feel…

I feel like we have well we have the cheaper Tesla. We have the Y so there’s the, the X, which is the most expensive. Then there’s the S which is also expensive. And then Tesla introduced their affordable models, which are the 3 and the Y. So the, why the bigger of the affordable models? Because all three of the menfolk in my house are over six feet tall and we, they quickly outgrew the BMW I three. So yeah, it’s it is definitely more affordable than the more expensive Teslas and the Leaf is actually not that much cheaper, new than the Tesla three, but there are many more used models available than the Tesla. So when I did my research this time around the leaf was one of the highest rated on many different rating sites.

Does it feel similar? Does it ride similar at all.

It’s smaller. The build is smaller and tighter. It is a hatchback, which is nice. It has decent storage, which is important for me because we’re always carting around signs and, you know, half of our office supplies in our trunk and our kids have like lacrosse sticks and all that. So that’s important. And you know, electric cars in general generally don’t have a ton of space because they have to be lighter to be more efficient, but the Leaf has decent space. It’s definitely shorter on top. So it’s not quite as comfortable for the taller people in my family, but it’s fine. And it is definitely the used versions because it’s been around a lot longer than the Leaf. There are many more than the Tesla. They’re more affordable used models available on Carvana and lots of dealers have them.

I’m going to need another car, I think soon. Maybe.

Any questions about the electric models and what’s worked for us and what we found to be not so great about certain cars that we’ve had. Let us know. We have a Tesla charger on our house and that’s not that hard to get installed. We’ve had different chargers as well, and we’ve also just used a plain old plug from our porch and run an electric outlet extension cord. So that’s an option as well.

And I can tell you where all the chargers are all around me in Maplewood/South Orange.

And there are plenty, right?

Yes, that’s right. In South Orange, there are three dedicated spots. And when it’s hard to find a parking spot, anywhere else in South Orange, you can typically find an electric spot. So that’s also bonus.

Not after this, because everyone’s going to run out and get one.

Thanks for the info, Susie. I wish everyone a happy Memorial Day weekend. It looks like rain sadly, but maybe by Monday, it’ll clear up. But enjoy the time off and have a good week everyone.

All right, bye. See you next week. 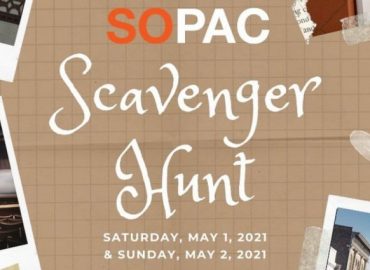